The Joy of Geeky Cloth Diapers

by Miss Nessa
Home Geekery
No comments
Spread the love

When I was pregnant, I decided that I wanted to do cloth diapers. Since I work from home, I didn’t mind the idea of a few extra loads of laundry weekly and figured it would help us save money, be environmentally friendly, and have diapers that were cute. I found out that there were a lot of buy/sell/trade groups on Facebook and started to visit. My plan was to buy a few in different styles to see which kind works best.

Instead, an addiction was born.

Who knew that you could get geeky cloth diapers?!?!? I soon found myself visiting those groups often, hoping to score a good deal. I kept finding fun diapers that I had to have. Now, I didn’t end up with hundreds of them or anything like that, but I still bought more than I intended. It’s slowed down now that I have this many, thank goodness. I also have some non-geeky ones too.

The Legend of Zelda, Super Mario Bros., Aquabats, Doctor Who and Star Trek diapers were done by a friend who has a business called Purple Duck. The Aquabats diaper is definitely one of a kind; I sent her an old T-shirt of mine to upcycle. She asked me if she could tie dye it and I happily agreed. They are one of my favorite bands and it’s so fun to have something unique like this. I should send them a picture!

I do have some fandoms left to find. Someone in a local group is creating a design with Kaylee from Firefly and I plan to buy one of those. Purple Duck is offering a Marauder’s Map from Harry Potter that could be fun. I had a Teenage Mutant Ninja Turtles one, but I sold it since it didn’t fit her quite right and need another. Who knows what else is available out there?

What fandom would you like to see on your geeky cloth diaper? 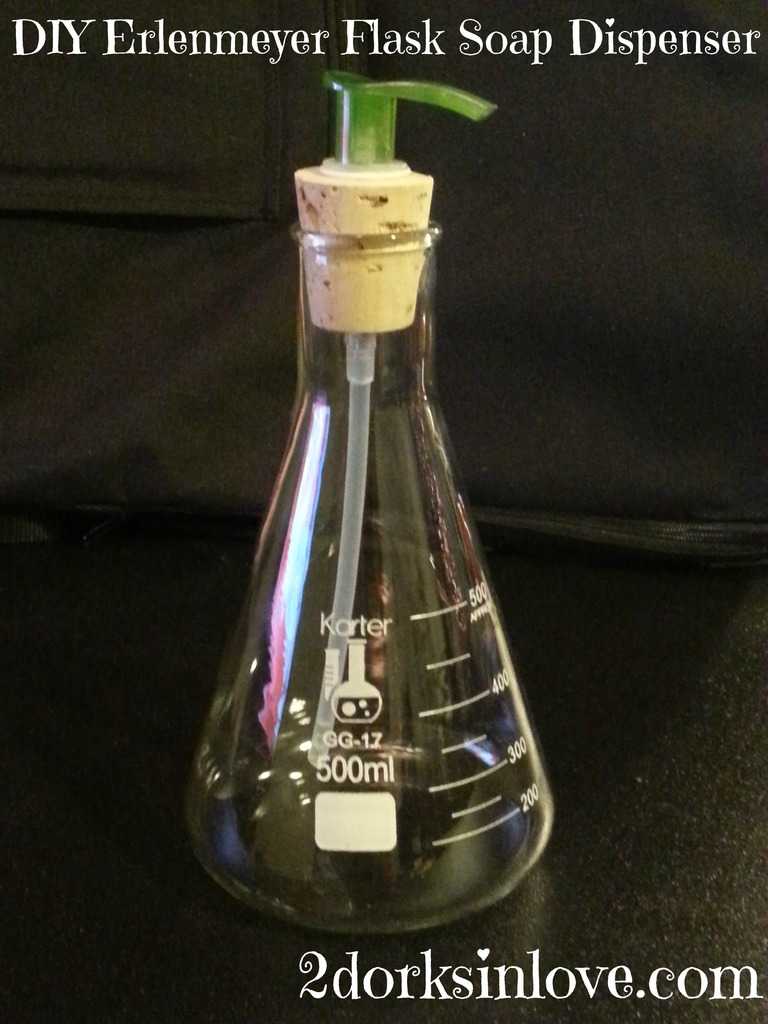 Clean Up With This Erlenmeyer Flask Soap Dispenser