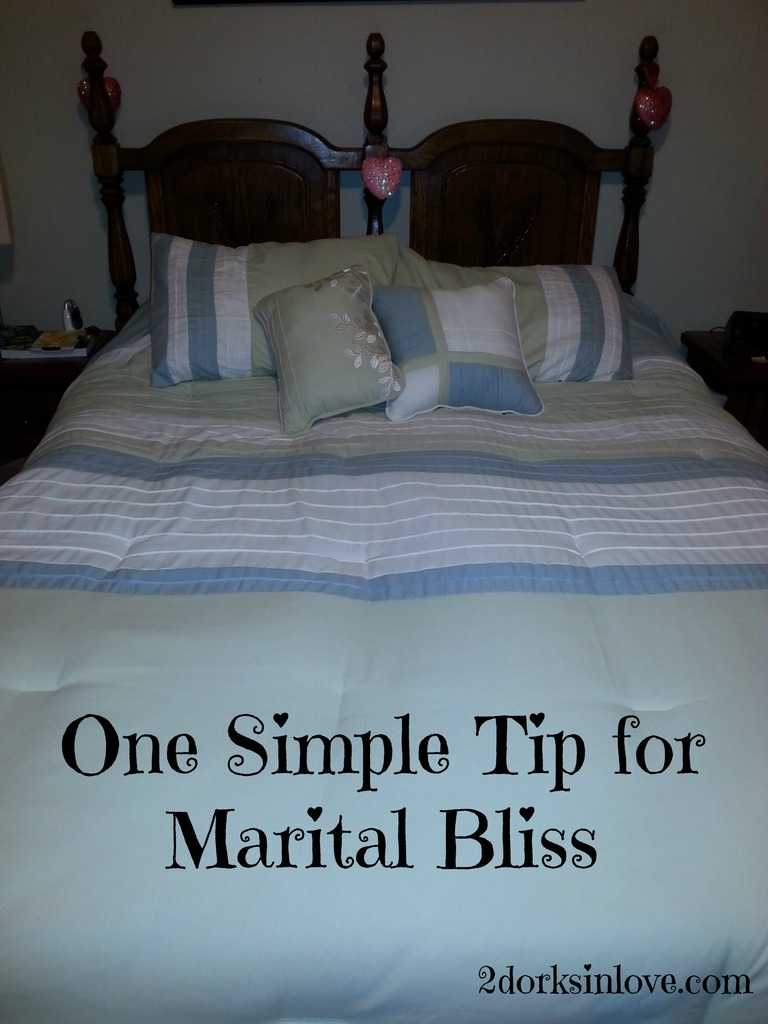 Mr. Eric and I have been married for almost four years now – weird! I don’t claim to know all the secrets to a happy marriage. I’m still trying to figure that all out, of course. I do want to share a tip for marital bliss that has worked very well for us.

We didn’t get married until we were in our 30s and I think we were both used to sleeping alone in a big bed. As Mr. Eric describes it, throughout the night I sprawl farther and farther across to his side until he’s barely clinging on. Heh. As far as I’m concerned, I start off close to the edge of my side and don’t knowingly do any of these shenanigans. He shifts and moves around a lot also. If we shared sheets and blankets, that would turn into an unintentional nightly war. Our marriage is much happier when we have our own flat sheets for summer and comforters for winter.

You may be wondering how you can even make a bed when you have two separate sheets in use. I admit that until recently, I didn’t try because I couldn’t figure out a good way either. Neither of us really cared, to boot. Our bed usually looked like this all day:

As I have been doing a massive decluttering of our household, I decided to try and solve the bedmaking dilemma. I figured that would freshen up our bedroom and encourage me to keep it cleaner.  Eric was wary of the prospect because he envisioned that it would be covered with pillows and just be a pain in the rear to make.

After many hours of searching, I found a set called Beechwood from Bed, Bath & Beyond. (Don’t forget your 20% off coupons when you shop there! Certainly helped me this time. They send out eleventy billion of them each month, it seems like. I also get emails and texts from them.) We have a general beach theme in our bedroom. This set was within my price range and can be used later if we decide to change up the decor.

I figured out a way to quickly make the bed without having to tuck in the sheets. I never liked doing that anyways as I always seem to kick them loose every night. Instead, I now nicely fold up the sheets in half a few times to make a long flat rectangle that won’t be bulky under the comforter.

After I have folded up the flat sheets, I simply unfold the comforter over the sheets and add the pillows and shams. I find the green and blue tones to be so calming and it does help our room a lot. At night, it is very simple for us to fold down the comforter to rest on top of the hope chest. The pillows are tossed to the side and we can each grab our sheet. Mr. Eric is satisfied with the comforter set after all – woot!

Do you have separate sheets? Do you have any other little marriage tips to share? 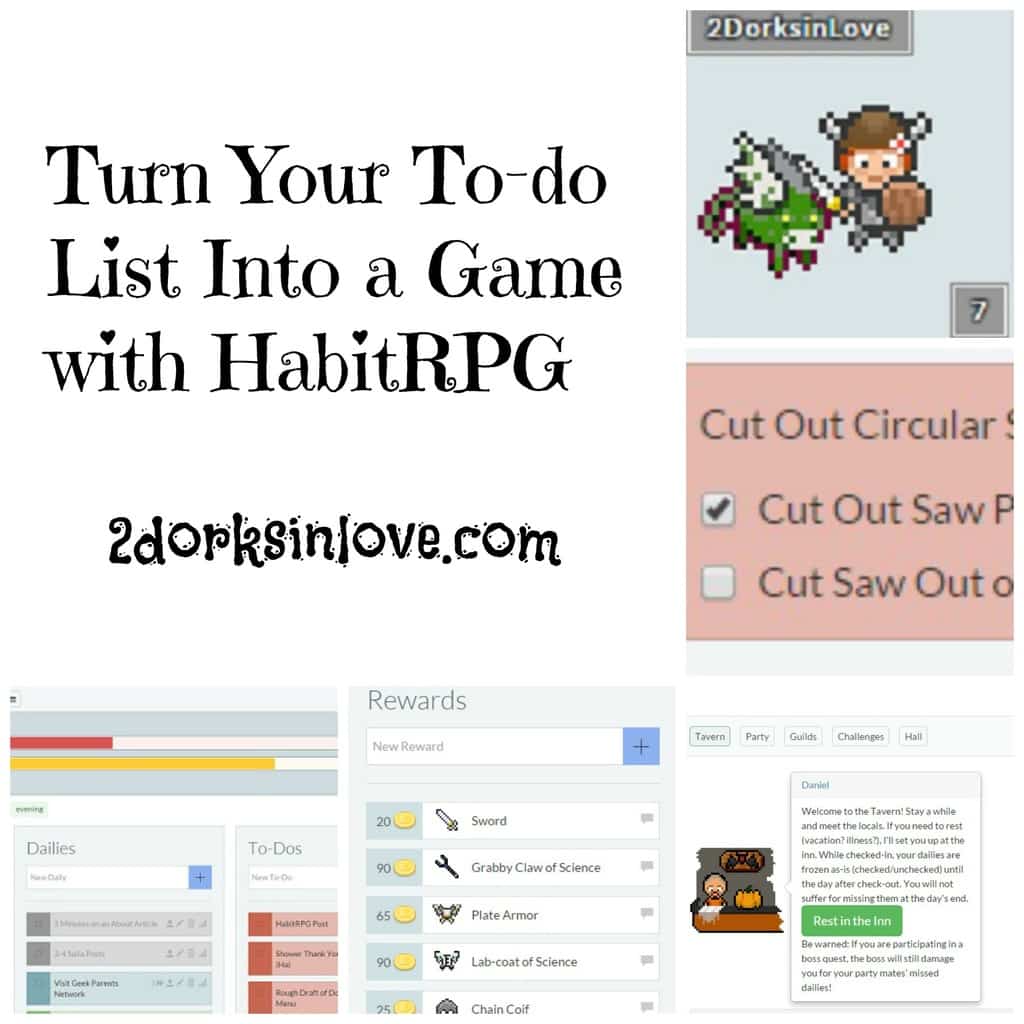 Turn Your To-Do List Into a Game With HabitRPG