He Loved Me Because I Gave Him Chlamydia 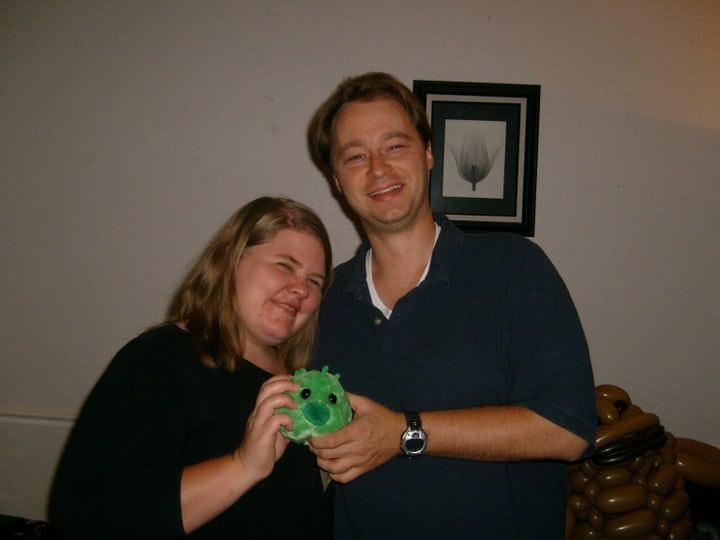 When Eric’s birthday came around during our first year of dating, I knew I wanted to get him something quirky and memorable. After all, I had finally found The One (I believed at the time, and it turned out to be true) and I wanted to shower him with some fun geeky presents.

I turned to ThinkGeek.com for inspiration. You simply MUST visit if you haven’t yet.  There are so many wonderfully geeky things available on there.  I just ordered some Miracle Berry Tablets for school and home parties (this is the fruit that makes sour things taste sweet.) I wish that I could buy one of, well, practically everything!

We both loved video games, so I thought the 8-bit tie

would be a spiffy addition to his wardrobe.

It was there, also, that I found Clem. ThinkGeek sells the line of Giant Microbes, which are plushies modeled to look like various bacteria and viruses.  Long ago, my first major in college had been microbiology. I thought it would be hilarious if I could say that I gave him some nasty disease, but it was really only a little stuffed microbe. I decided on Giant Microbes Chlamydia

.  I *think* we had joked about that previously, but I don’t remember for sure.

And he loved it! 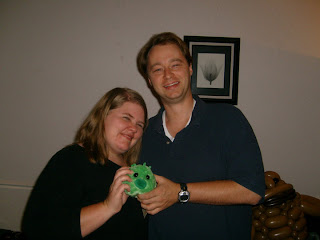 He told me later that this was one of the things that made him start thinking I was The One for him.  I love having someone who gets my sense of humor. I hear it was a very amusing conversation when he told his mom what I had gotten for him since he neglected to mention at first that it was the stuffed version and not the real disease.

What wacky gifts have you gotten? 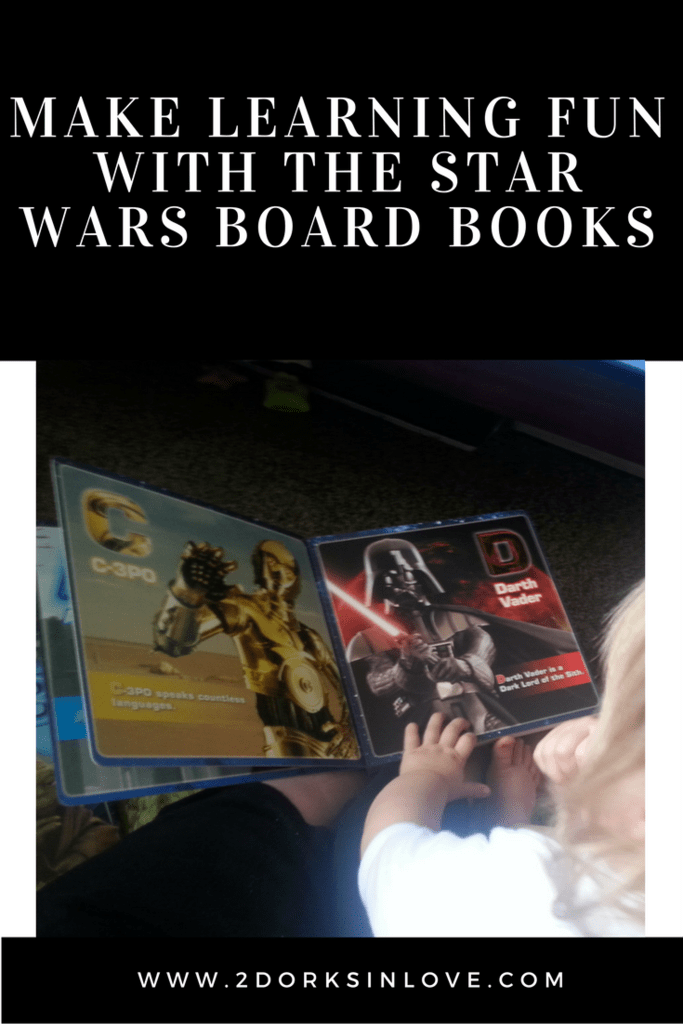 Would You Buy One Wednesday: Muffin Tops Baking Cups

Homestar Runner is Back with Fisheye Lens!