Chickens and Tasers in the Classroom

Today was yet another crazy day in our little Montessori classroom.  One of the little girls was late today.  I noticed she brought in this diaper box with her, saying it was her Show and Tell, which we do on Friday afternoons. I was busy trying to shuttle everyone around to their Friday Academy classes (Art, Music and Spanish), so I couldn’t ask her about it then.  While I was in the hall with her a tiny bit later, she told me it was a chicken.

There was a live chicken just hanging out in a box in our class. Great.

She wanted to keep it a secret until it was time, but the other kids were so curious and kept pestering her.  She said it pooped (oh yay!). I kept worrying about this chicken being fine sitting around in a box.

Finally, it was time and we got to meet the chicken. The kids were all so excited.  It’s a fine black poofy chicken.

I guess we need to mention to them that if they want to bring live animals, we need to know about it ahead of time and have it brought by their parents just for Show & Tell time. Ha!

Also in the world of fun happenings, we have the kids on different teams as they work and the weekly winning team gets to pick what they do for “Fun Friday”.  The schedule was off-kilter today, so we were just watching part of a movie.  2 of the kids on the winning team asked if they could do Fun Friday now. I asked them what they wanted to do, and they answered that they wanted to play a game called “Tasers”.

I told them no (that’s all we need, kids pretending to tase each other.) since we had already had to stop them from pretending to do CPR on each other all of the time during reading since they were being distracting. Instead, we’ll do Fun Friday when we get back from Christmas break and find some other cool activity.  We watched Wallace & Gromit’s World of Invention, which is lots of fun.

So….have you seen a chicken lately?

Conquering the Gamer Dash 5K: My Hardest Race Yet 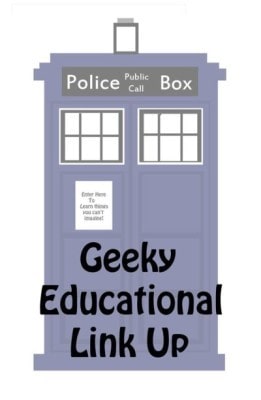 Sell Your Costume Patterns on Craftsy